The Founding of the Handlebar Club

The first public announcement of the Handlebar Club was on April 17 1947, when an item appeared in the "News Revue" under the heading "The Smashers' Club".   It was based on a press release produced by Jimmy Edwards, and included the photograph below:- 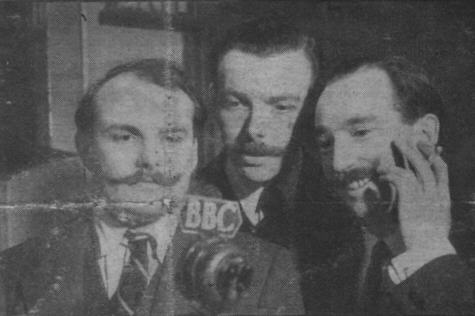 Note the old BBC microphone!
There was also an item in the "Evening News" which included a different photograph, but unfortunately this fifty-plus year old cutting is too faded to copy.   It included the statement that:-

"Jimmy Edwards own moustache has had an interesting history; it is the fourth of its line.  The first was posted "missing" after an R.A.F. mess party.  The second was removed for security reasons just before D-Day (F/Lt. Edwards, Pilot of a Transport Command aircraft, was deemed to look too English with such an appendage).   The third was burnt off when its owner's Dakota was shot down on the way back from Arnhem.  A  D.F.C. was hardly adequate compensation."

The full text of the press release can be found here.

And the report on the inaugural meeting is here.

On April 21st the "Daily Herald"reported that the Club had been launched. 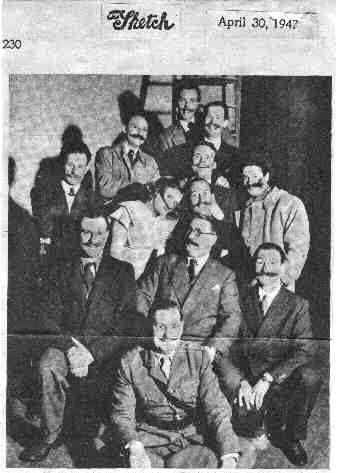 Some early publicity
in American Life 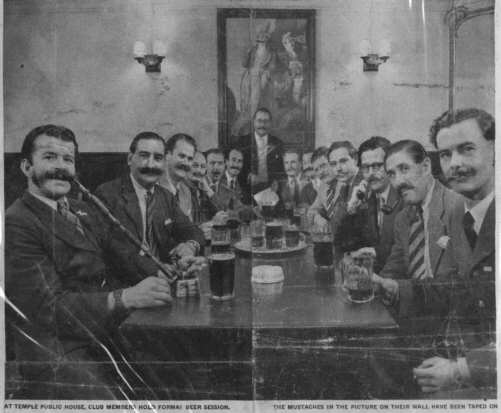