For many years the Handlebar Club appointed a "Prime Handlebar".  George Hoffman was the first, being appointed at the inaugural meeting.  However, in June 1948 he emmigrated to Canada, as reported in "Cavalcade"....... 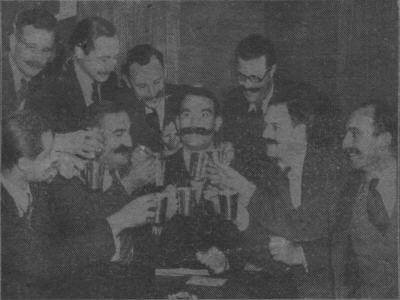 HANDLEBARS across the ocean.
The Handlebar Club toasts member George Hoffman,
who is emigrating to Canada with his 8Ľ-inch moustache. 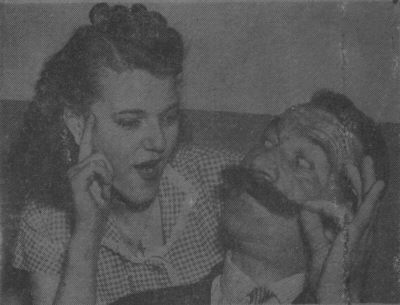 IRENE McMULLEN AND THE "PRIME HANDLEBAR" 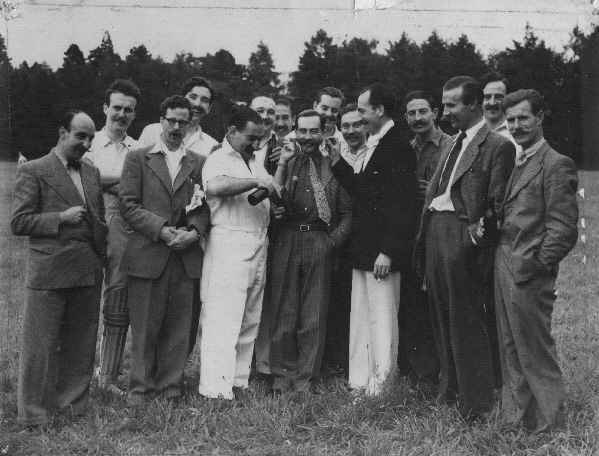 "ALAN GEAR is initiated with a bottle of beer as the new Prime Handlebar
by Squadron Leader Noel Henkel, the club's secretary,
and "Raff," cartoonist creator of P.O. Prune."

Click here for the full story as reported in the "Observer" 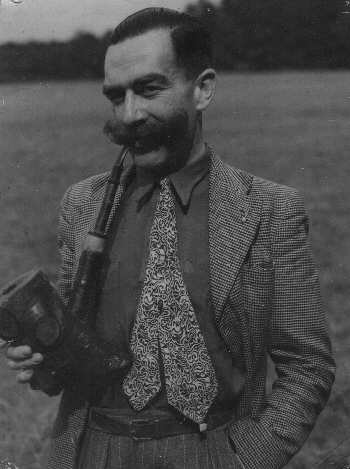