One Bank Holiday in 1980 a handful of members were requested to appear at a pub in York Street, London to meet a Belgian Moustache club. We didn’t even know that other clubs existed! So we were surprised when a lively group of chaps from The Snorrenclub of Antwerp turned up in their coach. We had a very enjoyable time, they in many cases being a bit younger than our members. Links were forged and the then President, John Roy, swore that we would pay them a return visit and indeed we did. The trip was from the 17th to 20th October 1980 and those who went along will never forget it.

The Handlebar Club wore their deerstalkers 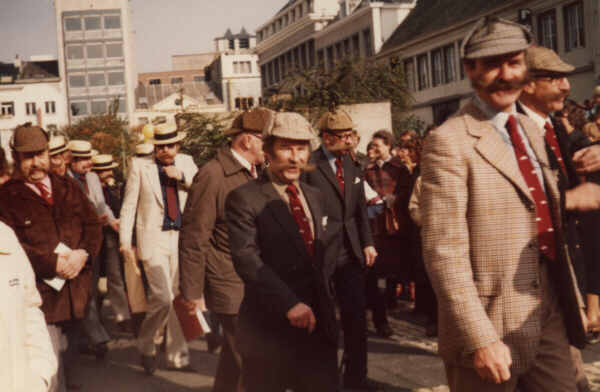 The Snorrenclub wore their uniform, including boaters 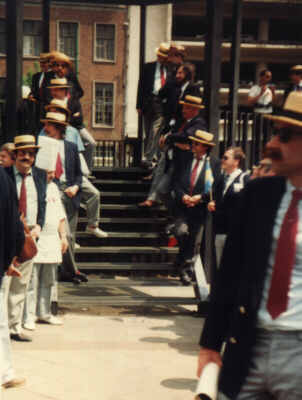 And John Roy wore his kilt

The story of this trip was fully written up at the time in a special edition of the Club Newsletter.