In Spring 1995 some members of the Club had planned to go to Pforzheim in Germany for a competition organised by our friends from H—fen, but the date unfortunately clashed with the

HANDLEBAR WEDDING OF THE YEAR 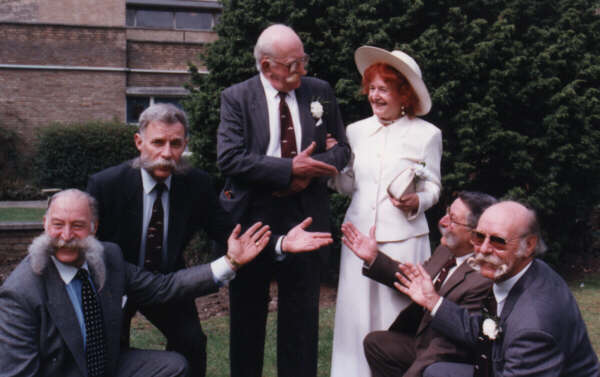 In June the Club were involved in a birthday celebration.  Trumpers, of Mayfair in London, had been "Barbers and Perfumers to gentlemen of distinction" for 120 years. 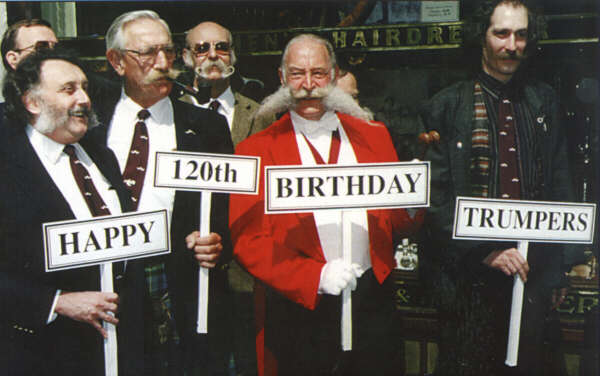 The Club received a lot of publicity as a result of our appearance, but a planned interview on Sky television was cancelled because the Prime Minister very inconsiderately chose that day to make some boring announcement that was considered more newsworthy than we were!