1996 was a relatively quiet year for the Handlebar Club, with the main effort going into preparing for the 50th anniversary the following year.  However, a number of members formed part of a "Victorian" audience for Simon Callow who, taking the role of Charles Dickens, read a number of Dickens' stories for a Christmas television programme. 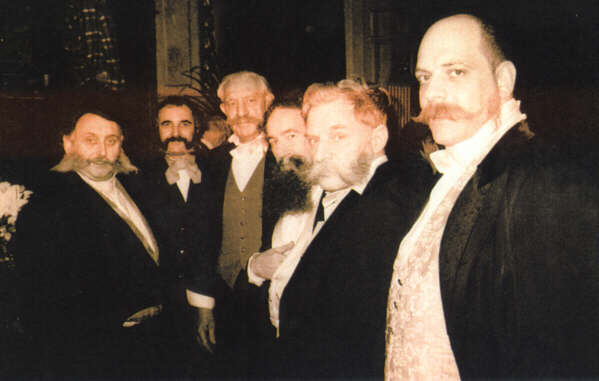 "Charles Dickens" (Simon Callow) with beard, plus gentlemen with moustaches 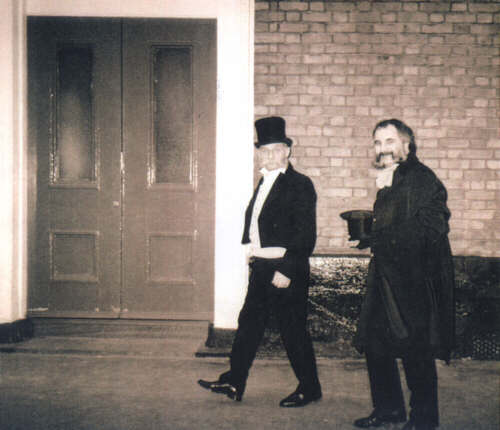 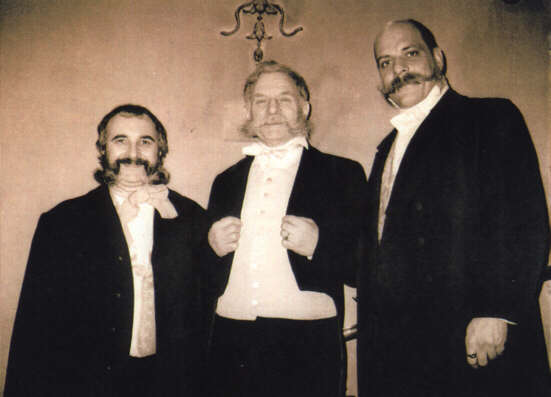