1997 was a very eventful year for the Handlebar Club.  It started with a trip to Paris to audition for Issey Miyake, a Japanese Fashion House, to model designer clothes on the catwalk during Paris Fashion Week. But they didn't use us - they didn't have enough clothes large enough!  Though four of us appeared on the "Big Breakfast" television programme as a result. 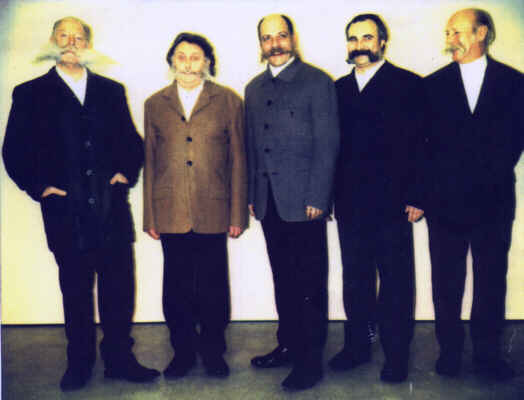 The 50th Anniversary celebrations were a great success, starting with an appearance on BBC television South East news, and including a radio interview during the weekend.  The AGM weekend was held at Eastbourne.  We had photographers from The Guardian and The Evening Argus, and the event was filmed for New Zealand Television.  There is a group photograph from Eastbourne on the "History" page.

A good number of members were present, including several from Sweden.  Also present were guests from Germany, Belgium and Holland who are not members.  Some people thought that we also had a guest from Scotland, but that was just Ian Peak wearing his kilt! 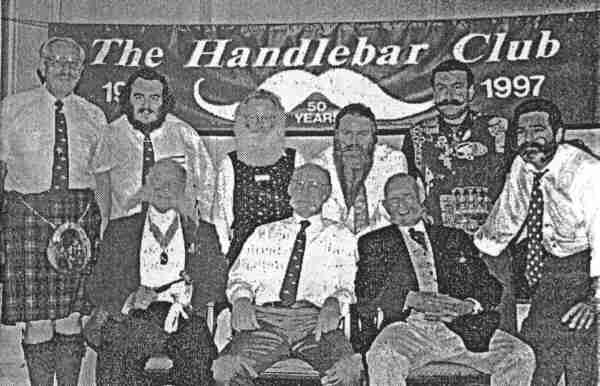 Visitors from Germany and Ian's kilt

The highlight of the celebrations was the Gala Dinner, the toastmaster at which was our vice-president Mike Solomons 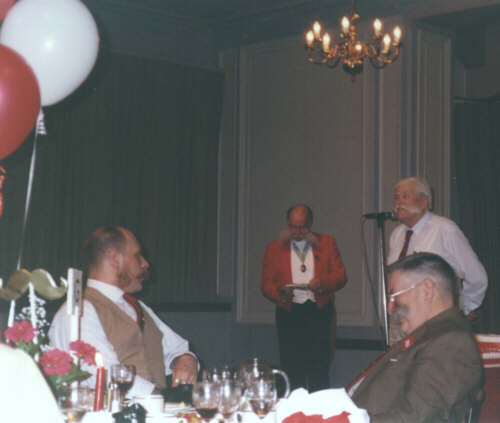 Sten-Eric Molker from Sweden speaking on behalf of the guests,
while the toastmaster checks his notes.

Subsequently, on the May "first Friday" a photographer and journalist from the North London News Network took photos, one of which appeared in the "Paddington Times".  And then on the June "first Friday" a German TV crew filmed us at the "Windsor Castle", having previously filmed some of us at "Trumpers".

In May our friends in Norway celebrated the 1000th anniversary of the founding of Trondheim.  Our scribe Conway Chiles joined them and acted as chief judge for a beard and moustache competition that attracted international entries. 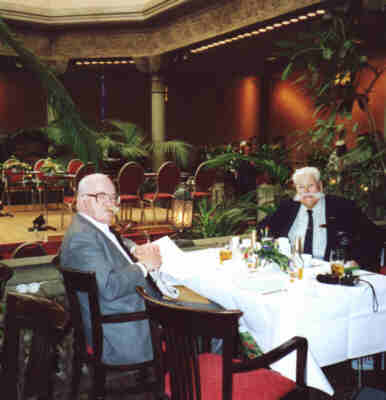 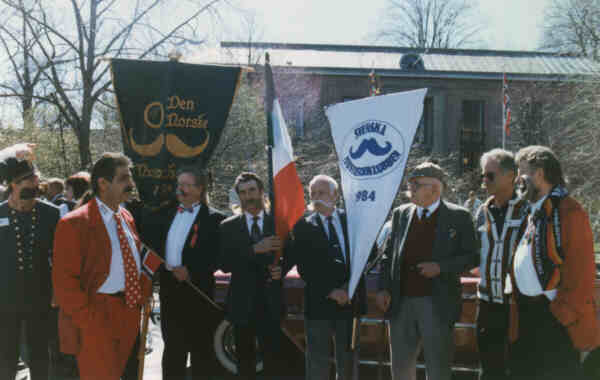 Gathering for the parade

Also in May, the Club had a Romanian dinner at the "Mille Pini" restaurant in London. 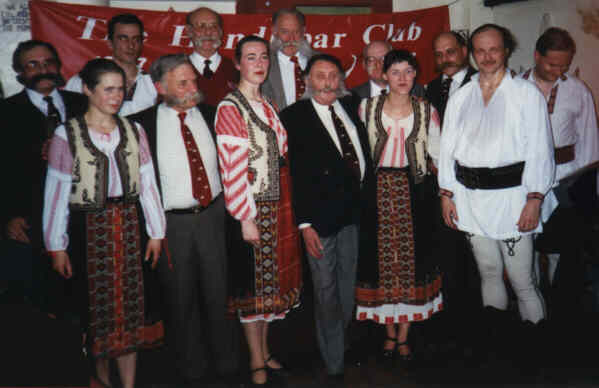 Later, in October, a group went to another "World Championship" held at Pforzheim in Germany.  Our hosts looked after us very well, including taking us on a conducted tour of the region, ending with tea and an enormous portion of Black Forest gateau.  We didn't win anything in the competition, but it was a very enjoyable event. 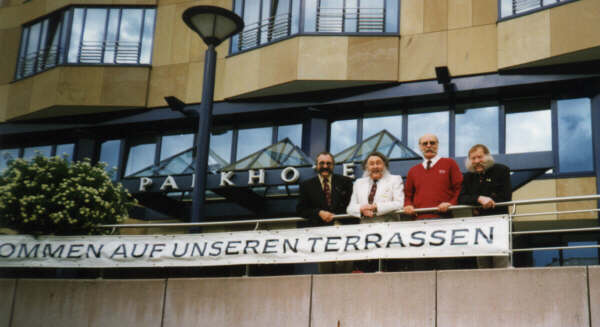 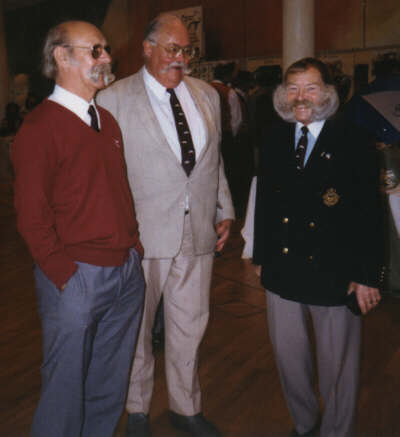 Ted and Alf meet Derek Merfield, one of our Australian members, in Germany