This picture comes from the late '80s when the Handlebar Club held the "First Friday" meetings at the "Duke of Wellington" in Crawford Street (just along the road from the "Windsor Castle").  At that time, we didn't normally hold a meeting on the first Friday in January  -  it's not usually the best of weather for travelling up to London.  But on the first Friday in 1989 a meeting was specially arranged so that local members could meet with Jeff Murphy of Whitley Bay, who had come to his Squadron Get-together the following day in London. 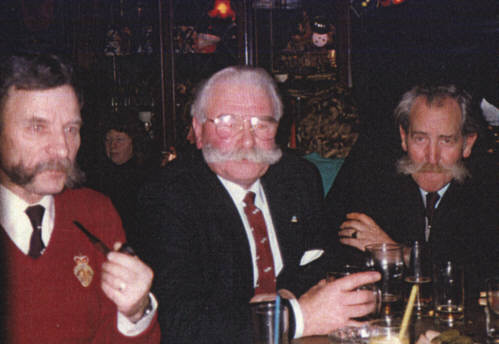 Jeff is in the centre of the picture, the other members being Ron Duck and Desmond Taylor.