In April we had a very good evening at a darts match with The Pipe Club of London.  Prior to the match, one member wrote and said that he couldn't come due to being away on business.  He also doubted that he would be any good at the game, and suggested that the best idea for him would be if he held the darts and somebody else threw the board at them. 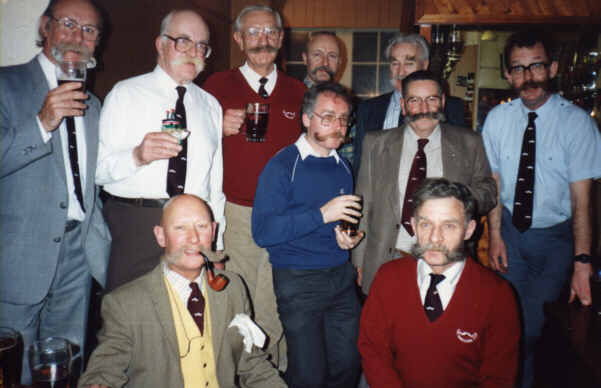 In the event, quite a number of chaps turned up though not quite enough to field a full team. We had to borrow one chap and, believe it or not, we actually won. Mark you, it was an extremely close run thing in that the final result depended on which team got the final double! So luck was with us. It was, in a way, an experimental evening but it went so well that it is now intended to have this function annually. The Pipe Smokers gave us a small trophy to mark the occasion, uniquely made out of a lager can, plus a moustache and pipe. 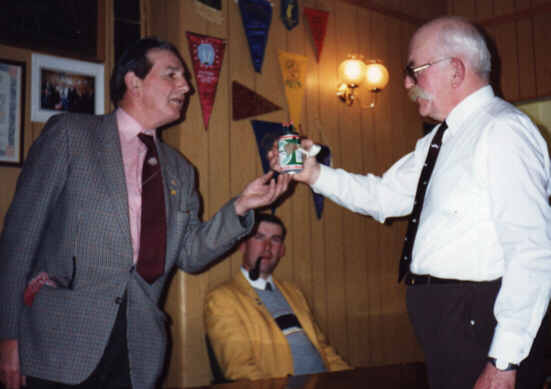 Presentation of the Trophy

As a result of this event, a number of Handlebar Club members joined the Pipe Smokers Club.

Ron Duck, a member of both clubs, and who instigated this first match, was ‘elected’ in the true Club fashion as Officer-in-Charge (Darts).