In June there was a photo session at the "Trocadero" in Piccadilly for the "Guinness World of Records" exhibition.  They were planning a special offer for Fathers' Day whereby fathers with beards or moustaches were to be offered free entry when accompanying children. 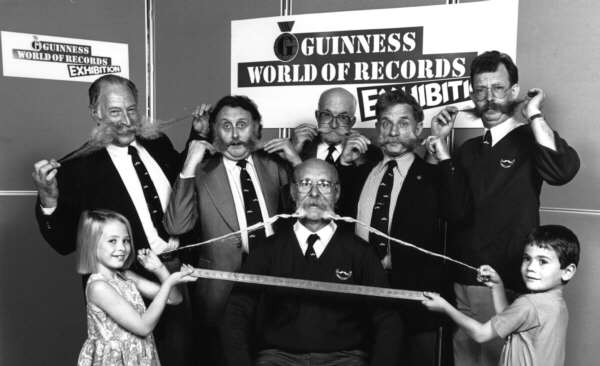 As a result the club received a generous donation for charity.

In November two darts matches were arranged in support of "Feed the Children", a charity working for children in the former Yugoslavia.  The first, held in Leeds, was against a team from the soap "Emmerdale".  Believe it or not, we won! 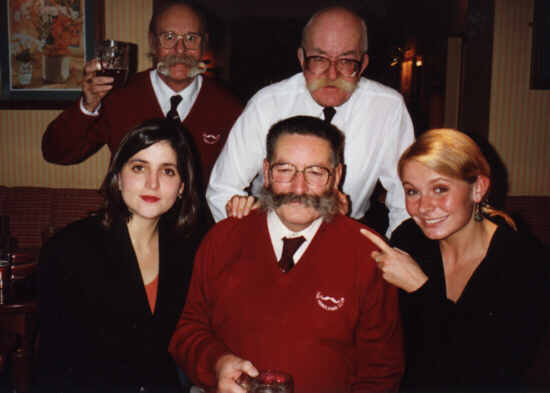 Andrť was Man of the Match!

And a week later we played a team from "Coronation Street": though this time the result was more representative of our skill - we lost! 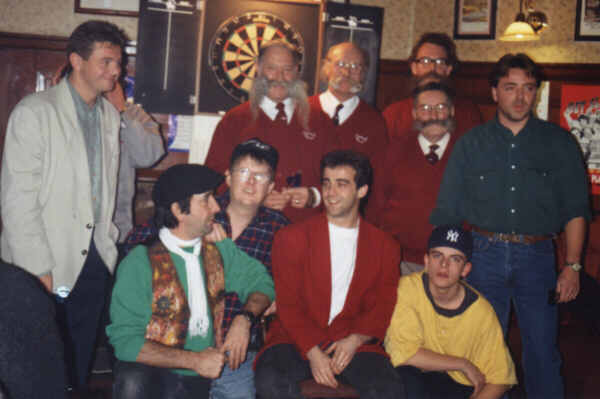 Handlebars and inhabitants of the Street 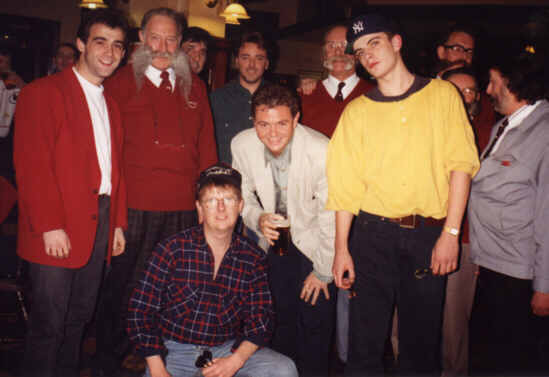 A generous donation from our host at the "Windsor Castle" helped to make the matches a financial success.