This year the A.G.M. was held at Banbury on the edge of the Cotswolds - a very attractive part of England.  The weekend included a trip to Stratford-on-Avon, but what really made our day was a visit to a pub in a village called Great Tew.  It was completely out of the way, and exactly what a pub should be.  Eight different beers on tap, plus clay pipes and snuff on sale.  Most of us handlebars were in ecstasies over the place. 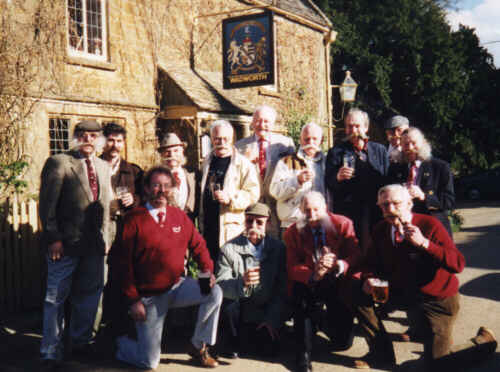 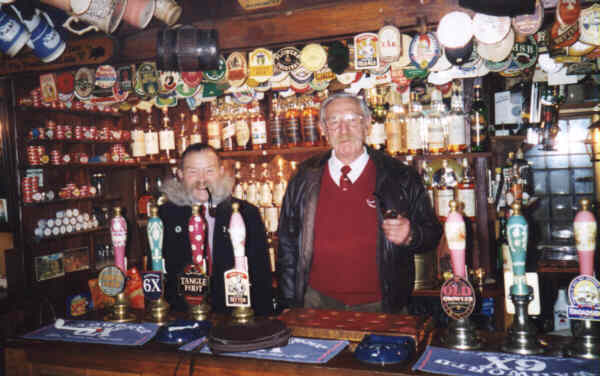 Alf and Ian in their element

Then, in August, a group of members went to Ystad, near Malmo in Sweden to take part in the "World Championships".  We were not particularly successful in the competition, but we all enjoyed meeting old and new friends. 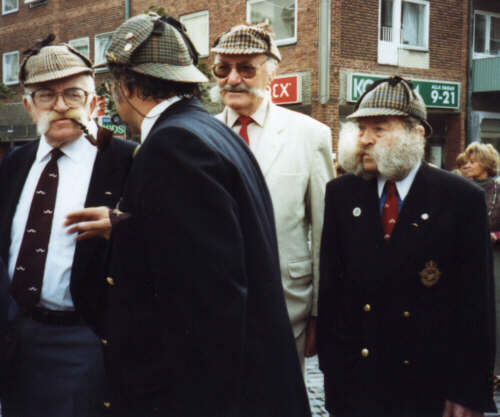 In the market square, Ystad 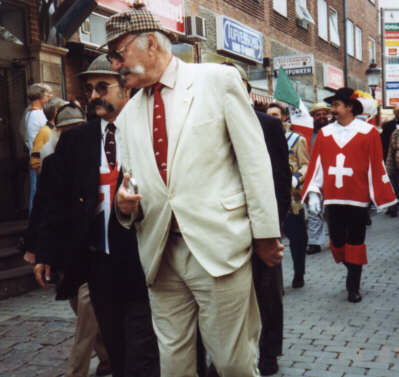 The parade through Ystad

A full report of this trip has been produced by our Scribe, Conway Chiles.